If you’ve been to Treasures Thrift Shop at Flat River Outreach Ministries (FROM) recently, you’ve probably noticed clothing on pink hangers near the register, and a sign with the words New Purpose: Treasure’s Youth.

It’s our newest department featuring our most in-style and trendy clothing, and it was launched by Mathea Kennedy Ismond – known at FROM as MK!

When the 22-year-old graduated from Calvin University last year, she was looking for a way to get involved in the community and signed up to volunteer at FROM. She’d volunteered at FROM in the past with her church, Vergennes United Methodist Church.

She had a conversation with Michael, our Volunteer Coordinator about volunteer opportunities. She asked the questions of “who do we want to serve more, who are we already serving?”

“MK wanted to get involved in our Connections Office, but we didn’t have any openings, Michael said, adding he wanted to provide her with an opportunity that was equal in scope to that of the Connections office that leveraged her skillset.

Michael, who joined our team in early 2020, had a vision to engage more younger volunteers at Treasure’s Thrift Shop and presented MK with an opportunity to launch a department focused on engaging younger shoppers and volunteers.

MK put together a leadership team that is made up of teens and 20-somethings. Together they came up with the name “New Purpose” to go with “Treasure’s Youth” because they liked the idea that the gently used clothing would have a new purpose.

She said New Purpose: Treasure’s Youth is focused on “creating that space to minister and say ‘you belong here, you’re important here.’”

For the team of 7, starting this department has been a learning experience for the group! Along with budgets, and ordering supplies they had to figure out merchandise and sorting.

In the beginning they focused on sorting out name brands like Nike, Adidas, and Hollister, but realized that although they were name brands, they were older styles that people weren’t wearing anymore.

They sought creative solutions and instead began focusing more on style aesthetics.

MK said it’s been fun working with the team to come up with an aesthetic because each person on the team comes with their own taste and style.

“It’s kind of fun to see different people’s taste and how it shows up in our clothing,” MK said.

And the department is already off to a great start! After making $300 when they launched in November, that doubled to $600 in December and has been continuing to increase.

“I am so proud of MK and everyone that has been a part of making the New Purpose department a reality. It is so easy to talk about our value Curiosity and how much we ‘are open to new ideas and perspectives.’ It is so much more difficult to do it,” Wendie Preiss, FROM Executive Director, said. “The great this is that we are continuing to tweak the department – just fabulous!!”

Michael agreed saying, “The department is beautiful, the way they’ve been able to brand New Purpose. Definitely it’s beyond what I imagined.”

MK’s hope through this project is to engage the younger generation in the Greater Lowell Community to give back. She wants to see more younger volunteers at FROM working registers, and just engaging in giving back.

“It’s still something I think is good for the soul,” MK said about volunteering.

Michael reiterated this by saying he sees the New Purpose: Treasure’s Youth as a crew that will rotate on a semi-regular basis to provide younger volunteers with an opportunity for leadership and involvement at FROM.

“Through FROM, being able to work with younger people has been a blessing,” MK said.

If you’re looking to give back to the community consider volunteering today! Fill out the “Volunteer Interest Form” found here or, if you have extra clothing items, please donate them to FROM to be sold in our Thrift Shop. Check out what we are and are not able to accept in our Thrift Shop here 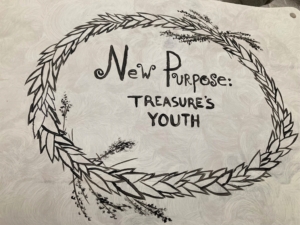 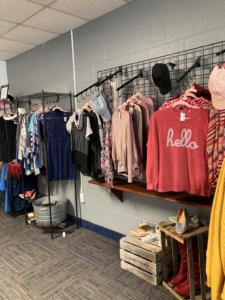 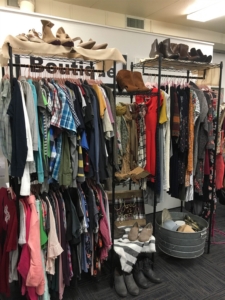 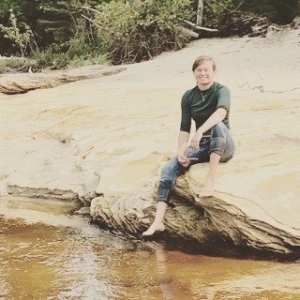